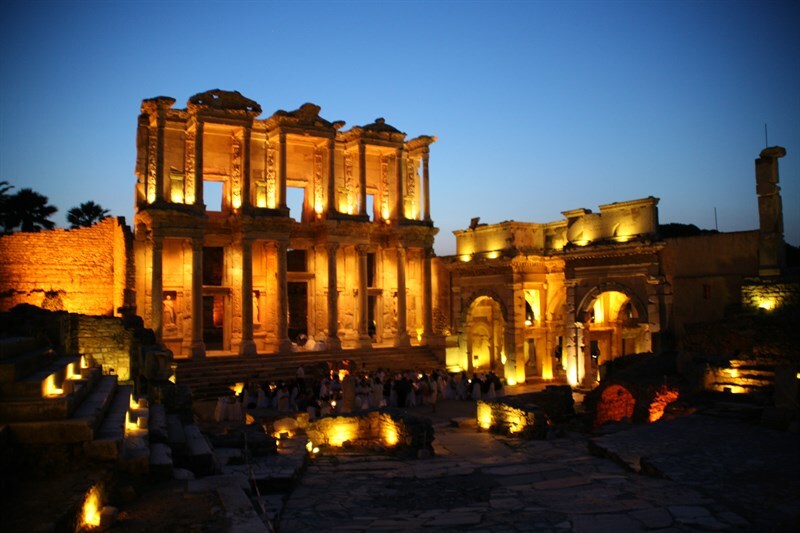 Ephesus was the fourth largest city in the world at the time of the New Testament (after Rome, Alexandria and Antioch). It was situated between Smyrna and Miletus on the coast. It’s difficult to believe it was once a vital seaport because the sea is now six miles from where it would have washed up against the harbor walls.

Ephesus had existed for quite some time. It is assumed to have been established around the year 900 BC. The Roman emperors had a major influence on Ephesus, which should not be ignored. This may affect how we interpret the Book of Revelation, particularly because if John was exiled to Patmos under Domitian’s cruel rule (AD 81-96). John may have seen him and his kingdom as a challenge to the church of his day.

Ephesus was a large city in the New Testament Church’s world. And, Paul’s letter to the Ephesians, John’s letter to Ephesus in Rev 2, and Acts 19’s account of Paul’s three-year ministry in Ephesus are the most significant references. Paul recognized the importance of establishing churches in the world’s major cities.

Church of the Virgin Mary was most likely the site of the third ecumenical council, which took place in Ephesus in 431. Nestorius and his teaching were debated by the council.

As previously mentioned, the harbor was susceptible to silting up, and this aspect most likely signaled the end of Ephesus’s future. It was a port city and a commercial hub on a major trade road. Some believe that one of the reasons Paul sailed on to Miletus and summoned Ephesian elders from there was because Ephesus was beginning to silt up at the time, according to Acts 20:16.

The main route to Ephesus was through the harbor, followed by the Arkadian Road. Travelers disembarked and made their way to the city’s center along this column-lined path must have been a beautiful sight.

Without a question, one of Ephesus’ most impressive structures. It has a capacity of 25,000 people. We don’t know how many people rushed into the theater on Acts 19:23f’s riotous day, but it was likely a large number.