Things to do in Cappadocia for Fun

Inside each house there was a descent under the ground. Later, these underground villages were connected to each other with tunnels and transformed into underground cities in Cappadocia.

Although 36 of them have been unearthed, it is estimated that there are 150-120 underground cities under the ground. One of the most interesting aspects of these cities is that they have very sophisticated city planning. There is ventilation, irrigation, heating, sewerage systems, various public institutions from mental hospitals to churches.

Founded on both sides of the Kızılırmak River, Avanos is the site of densely located ceramic workshops, where the soil is moulded, and pots are made. The most significant cultural attribute of the region is creating pottery, which has persisted since the Hittites. It is a must do in Cappadocia which is a different experience for everyone.

The hiking trail here has signs, and you know where to go and which direction.

Having dinner in authentic rock restaurants in the evening is a must do in Cappadocia. Make sure to make a reservation everywhere in case you cannot find a suitable place because there is a lot of demand by foreign groups. Be sure to go to one of the best restaurants in Cappadocia in your mind and do not return without eating what you can find on the menu among the Cappadocian local dishes such as tandoori, jug kebab, wedding soup, bulgur soup, baked beans in a pot, chickpeas in a pot and wrapped leaves.

Nearest airport to Cappadocia is in Nevsehir or Kayseri airport. There are several flights from Istanbul, Antalya, Izmir and other cities to Cappadocia. The best transportation is to use the airways. Cappadocia airport offers many flight tickets almost every day, but you should choose by comparing the websites of companies that offer airline tickets if you want a budget-travel and cheap holiday in Cappadocia.

What is the Best Time to Visit Cappadocia?

If you wonder and say, “what is the best time to visit Cappadocia?”, here is the answer. The best time will be spring and autumn if you want to visit Cappadocia safely, since Cappadocia climate is extremely hot in summer and extremely cold in winter. While it is very cold, it is certainly worth seeing the view of the snow sheet that covers the fairy chimneys in winter. If you are there in winter, you should bring woollen sweaters and coats with you as well as a scarf and beanie. Our low cost Cappadocia tours will be waiting for you. 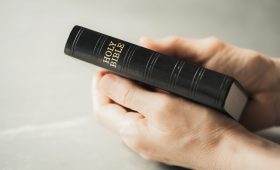 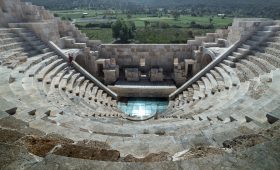 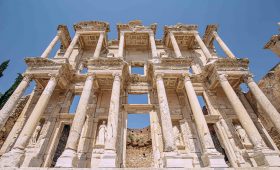 What is inside the Museum of Ephesus in Turkey?