Seven letters are addressed to seven churches in Asia Minor (modern-day Turkey) in the Book of Revelation (Revelation 2-3). Every letter announces the triumphs and shortcomings of the recipient churches, as declared by Jesus and reported by John the Apostle, and warns each congregation to repent.

Why were the Seven Churches chosen for apocalyptic messages?

The seven churches of Revelation were among a community of early Christian communities in Asia Minor. Since the churches were geographically located along a developed, circular trade route that brought together the province’s most populated and powerful parts, they may have been chosen to receive Christ’s apocalyptic message. The apocalyptic message would spread to the Christian communities in the province until it was delivered to the churches in these influential cities.

The lesson in Ephesus’ letter is that truth and love must go hand in hand. A church that prioritizes doctrinal purity over displaying love is just as flawed as one that prioritizes congregational unity over honest teachings. Rather, Jesus explains that a church modeled after him must teach God’s Truth in love.

The Church that Remains Faithful Amidst Persecution

Christians are oppressed in both clear and subtle ways across the world, just as they were in Smyrna. This letter reminds all Christians that, through our suffering, the time of tribulation will be insignificant in comparison to the promise of everlasting life.

The Church that Compromises Its Beliefs

It’s simple to normalize the non-Christian actions of those around us, as the Christians in Pergamum did, and allow that behavior to dilute our values (1 Corinthians 15:33). The Bible, on the other hand, exhorts us to “not adhere to the pattern of this life,” but to be changed by the renewing of our minds in accordance with God’s Word (Romans 12:2).

The Church that Follows False Prophets

Christians today are susceptible to cult leaders, witchcraft rituals, and other false messages, just as those in Thyatira’s church were led astray by a false prophet. To share in Christ’s triumph, we must resist Satan’s “so-called deep secrets” (Revelation 2:24) and stick to his teachings.

The Church that is Spiritually Dead

Christians today will slip into the same pit as the church in Sardis if we merely go through the motions of faith practice without really feeding our spirit. By participating in our religion through Bible study, meditation, and communion, we will stop being “the living dead.”

The Church that Patiently Endured Despite Weaknesses

The Church with a Lukewarm Faith

During times of plenty, it’s easy to become complacent in our faith, just as the church in Laodicea did. In this revelation, Christ warns us that he would “spit out” lukewarm disciples. Instead, Jesus encourages us to pursue the Lord’s face even though He has lavished us with riches.

You can book one of our Seven Churches Tour and visit these ancient cities at low costs. 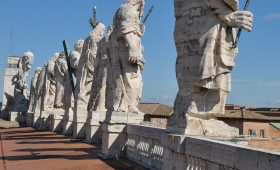 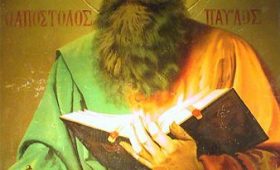 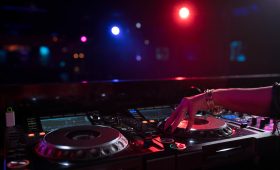 The Most Popular and the Best Clubs, Bars in Kusadasi