The Best Ephesus Tours specializes in arranging private Ephesus tours that are tailored to your specific preferences, time, interests, and budget. Private Ephesus Tours is a completely customizable private tour. Get an Ephesus Guided Tour with an expert on the history of Ephesus and see the ruins of Ephesus.

Ephesus Ancient City is a town on the west coast of Anatolia, near the city of Selcuk in the province of Izmir (Smyrna). It was a significant Roman and ancient Greek city in ancient times. Ephesus, one of the 12 cities of Ionia (classical Greek period), was founded around 6000 BC. Ephesus was registered in a World Heritage List in 2015,  after being placed on the World Heritage Temporary List by UNESCO in 1994. Ephesus’ position caused it to expand into a major trade center during its time. Now, you can visit Ephesus via our Ephesus Guided Tour at the most affordable prices possible.

This ancient city also houses the largest temple of the Artemis culture, which is based on Anatolia’s ancient mother goddess (Kybele) culture. In the 6th century BC, Ephesus, along with Milet, held the most important role in the fields of art, literature, and science.

You can get the best ephesus tours from our travel agency which has more than 30 years of experience in their field. Our Ephesus guides consist of knowledgeable and experienced people. They are here for you in case of any questions about the best Ephesus Tours with the best quality service. 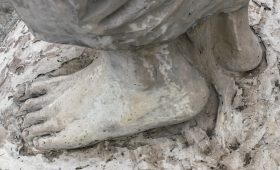 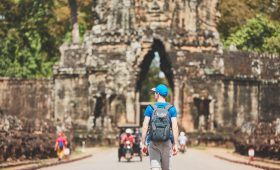 Significances of 7 Churches of Revelation in the Bible