Who is St. John the Apostle?

St. Jean (St. John) the apostle is the friend and apostle of Jesus. Before Jesus was crucified, his mother handed him over to St. John. St. John found it inconvenient for the Virgin Mary to stay in Jerusalem after the crucifixion of Jesus, taking him and kidnapping him from Jerusalem and bringing him to the present Selçuk. According to what is learned from the historian Eusibos, St. John had to leave Jerusalem between 37 and 42 AD, came to Anatolia, and tried to spread Christianity. St. Jean the apostle chose Ephesus, the greatest city of the age, as a target, and did not want to let Mary into the land of the pagans, hiding her in a hut in a corner covered with dense trees on the slopes of Mount Bülbül.

It is known that st john the apostle went to visit him secretly every day and checked him by bringing food and drink. According to the rumor, Virgin Mary lived in this place on Bülbül Mountain until the age of 101 and died here. St John the apostle buried the Virgin Mary in a place that no one else knew but himself on this mountain. After the spread of Christianity, a church in the form of a “Cross” was built by Christians at the place where the Virgin Mary is located. This house was declared by the papacy as a holy place of Christianity in 1967.

The Apostle John (also known as Saint John) was an influential leader of the early Christian church and one of Jesus Christ’s 12 apostles. Since John was one of Jesus’ oldest friends, along with James and Peter, he appears in more biblical stories than the other apostles. Although some Bible scholars question which of these (if any) he actually wrote, John is commonly known as the author of five Bible books: the Gospel of John, the epistles 1 John, 2 John, and 3 John, and the Book of Revelation. He is also thought to be the first disciple to pass away due to old age.

Other Names of st john the apostle

Several other names for the Apostle John have been mentioned in ancient sources, including John of Patmos (because he was exiled to the island of Patmos), John the Evangelist, John the Presbyter, John the Elder and the Beloved Disciple, though it is uncertain whether all of these names refer to the same John. 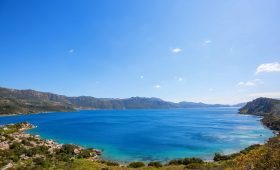 Most Popular Things to Do in Didim Turkey 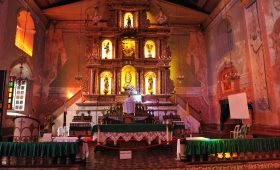