Seven churches that were named after the cities they located in during Roman period are tourist attractions that everybody must see to explore Aegean geography. Because it is believed that apocalypse is written in these churches, each one of them are very important for all religions in the world. You can visit these churches with museum cards in the ancient cities that they are located in.

What are Seven Churches?

Anatolia is called the center of civilizations and accepted as holy by many cultures. Each region is more valuable than the other. However it is not wrong to say that Seven Ancient Churches, in the Aegean region, have special importance. Besides being significant centres that christianity was founded in and spread from, they are accepted as holy because they are mentioned in divine vision in the revelation book of St. Pavlus that is the last part of the new testament. St. Pavlus met Jesus in his divine heart and Jesus warned him about the end of the world. Thereupon St. Pavlus wrote seven letters that included suggestions to be prepared for the end of the world  and sent them to Seven Churches.

Each Church that was founded in the most powerful time of Roman is mentioned in the second part of the new testament. Christians were under pressure in the beginning of these churches’ foundation. These holy sanctuaries that are known as the first Seven Churches of Christianity slowly allow this religion to spread to Anatolia. In addition to their being religious centers, they were also an important trade center in the cities that they were located in and they were in an important location in terms of military and politics. In our Seven Churches Tour, you will see and visit all of them. 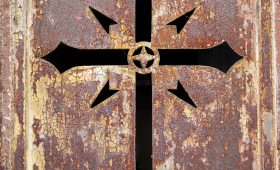